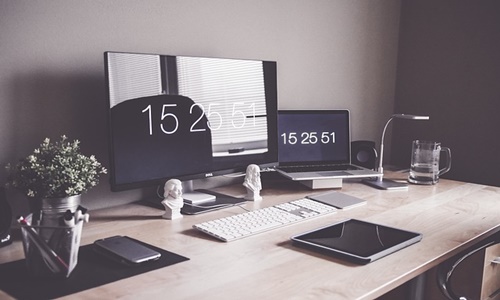 California-based computer manufacturer, Shuttle Computer Group, Inc. has reportedly announced its first computer, called DH32UE, that features Extended Display Identification Data, or EDID. The feature supposedly allows the computer to continue playing content even if there is an interruption in transmission.

The DH32UE comes with four HDMI 2.0b ports that can support up to four video walls, professional gaming displays, or digital signage, with a sharp and dynamic display of 4K UHD video at 60Hz.

Tosh Akhgar, Director of Sales and Marketing, Shuttle Computer Group, stated that if a computer does not have EDID and any of its port or cables malfunction, the transmission of content is interrupted, resulting in a ‘dead’ display until it has been repaired.

Akhgar added that with EDID, DH32UE will continue playing content even if the transmission stops, adding that it is a game-changer for the company as well as its clients.

DH32UE also offers excellent performance for multi-task computing with the dual channel 3200 MHz DDR4 ram with a capacity of up to 64GB.

The computer also comes with Shuttle’s exclusive cooling system that has a smart fan design for constant air ventilation inside and outside the machine, offering low noise and high stability in its long-term operation.

Shuttle Computer Group is the North American subsidiary of Taiwan PC maker Shuttle Inc., which also specializes in manufacturing interactive kiosks that can be placed in hospitality, food service, restaurant, and retail businesses, along with barebone systems and motherboards.