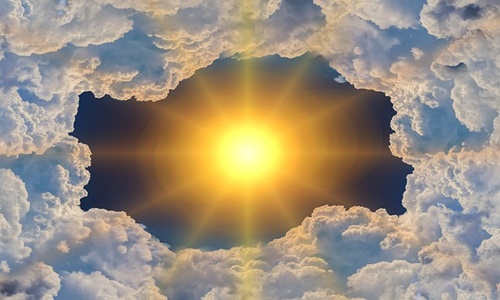 Scientists have reportedly stated that the recently undertaken space tourism by billionaires Jeff Bezos, Richard Branson, and Elon Musk, could undo the progression made to restore the ozone layer.

A combined analysis conducted by a team of researchers at the Massachusetts Institute of Technology, the University of Cambridge, and the University London College, has revealed the impact of spacecraft exiting and returning to Earth on the upper parts of the atmosphere.

The study has found that the soot ejected by the craft was damaging the protective ozone layer surrounding the earth, and its heat retention is almost 500 times the rate of other sources of soot.

The study co-writer, Dr. Eloise Marais of UCL, stated that comparing spacecraft emissions to ground-based sources and aircraft emissions would be inaccurate.

Although scientists found the current damage to be minor, they have suggested that the growing industry of people taking up space travel for touristic ambitions be regulated to prevent problems in the future.

Scientists have been campaigning for rule changes since the 1970s after noticing depletion in ozone due to certain chemicals. In 1987, the Montreal Protocol was presented to prohibit these substances. So far, it is the only UN treaty ever approved by all 198 member nations.

Since then, holes in the ozone layer-mostly at higher altitudes- have started being repaired.

They discovered that soot-caused warming increased by over two times after only three years of further emissions from space tourism. This could be due to various reasons like the addition of rubber in fuel.

Further damage is caused by the soot being released into the upper atmosphere as these particles are 500 times more capable of retaining heat than other types of soot.

The research stated that if space travel was to continue with weekly trips, it would vandalize the success of the Montreal Protocol, as the upper stratosphere, which is the only part showing strong recovery, is precisely where the impact of rocket emissions is experienced the most.