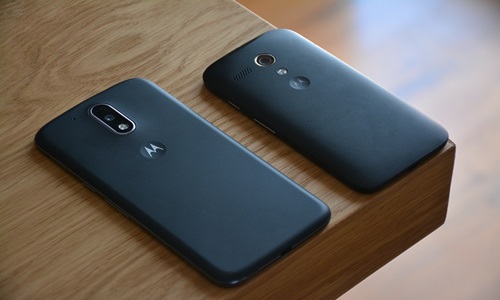 American multinational telecommunications major, Motorola, has reportedly announced its plans to launch two new budget phones, namely the Moto G10 and the Moto G30, in European market, both in the price range of below €200. Its G30 model offers screen with a refresh rate of 90Hz along with a 5,000mAh battery with fast charging of 15W.

These new specifications are supposedly drawing in immense consumer attention as these two features are not commonly seen in this price range.

The 6.5-inch display incorporated in G30 is only 720p, however, its other specifications such as IP52 dust and splash resistance, 128GB of built-in storage expandable via microSD, and 6GB of RAM are highly alluring. Speaking of the phone’s camera, its 64-megapixel main camera produces images of 16-megapixel resolution, along with an 8-megapixel ultrawide, 2-megapixel depth sensor and 2-megapixel macro camera with selfie camera of 13-megapixel around front.

Other specs include 3.5mm headphone jack, Snapdragon 662 chipset, and Android 11 OS, which comes in as stock . The phone is priced at €179.

On the other hand, the Moto G10 seems somewhat less equipped as it comes with a less powerful Snapdragon 460 processor, 6.5-inch 720p screen, 4GB of RAM, and standard refresh rate of 60Hz. It has main camera of 48-megapixel and selfie camera of 8-megapixel resolution.

For the record, fast refresh rate screens which make animations and scrolling smooth are fairly common in flagship phones. Consequently, increasing incorporation of this technology in budget phones does not come as a surprise.

For instance, OnePlus Nord N10 5G, worth $300, has a 90Hz screen and upcoming Samsung Galaxy A52 and A72 are expected to consist of this technology as well. However, the G30 is one of the most affordable to this feature. Seemingly, the market is on its way to see the 90Hz screens become the new normal at every pricing level.

It has been reported that the Moto G10 and the Moto G30 are available for sale on the company’s sites for the UK and Germany and will enter other markets across Europe this spring.